School Gets Clear Pitcher of Show after Full Rehearsals – Sophie H, 4B

On Monday and Tuesday St Thomas held a whole school rehearsal for the musical, Mystery at Magpie Manor.

Music teacher Mrs Dumitru was happy with the rehearsals so far.

“It went pretty well,” she said.

Everybody in Year 5 and 6 has a role, 32 of which include speaking or solo singing.

The only “concern” is the lack of understudies due to their being so many parts. She said somebody would have to “step in” for the performances on Thursday and Friday night should a performer be away.

The musical has been a big project for Stage 3. Year 5 and 6 sourced the props, most of which are new. Research was done for the costumes to decide what was appropriate. Some costumes were made by students and some were bought.

All the classes will be performing a dance as well as singing along with the other songs.

“It’s a fantastic opportunity for the whole school to be included in the music and dancing” said Mrs Dumitru. 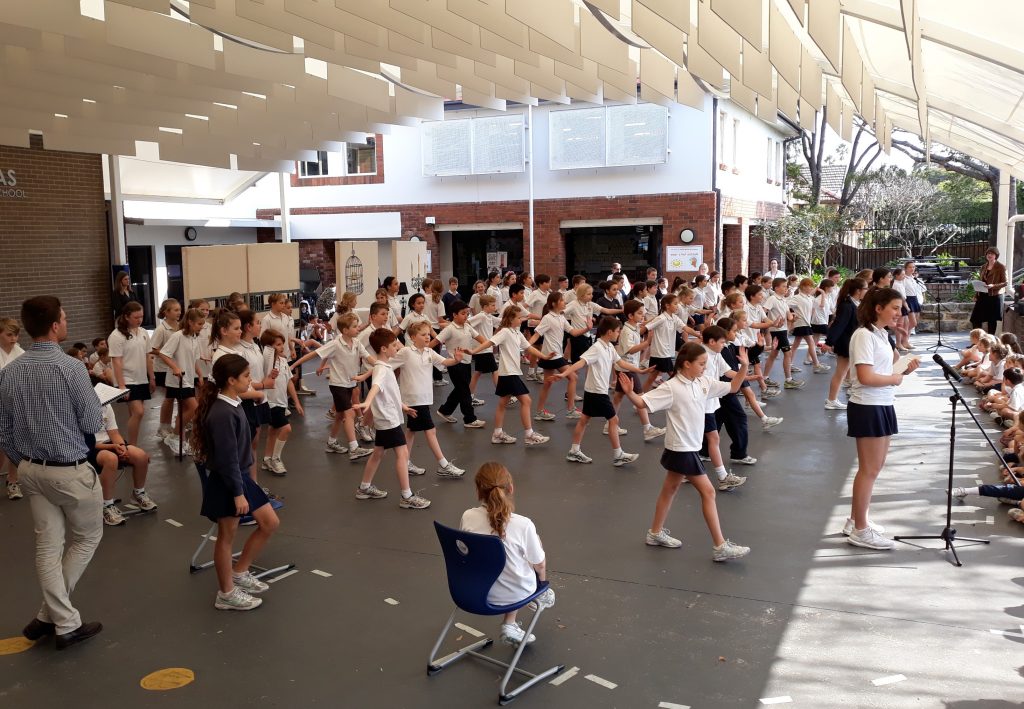