The Cope Street Crew were back at St Thomas last week to work with the film groups. This was an opportunity for us to apply all the skills of filming that we had learnt.  One group was in front of the camera acting while the other group were the film crew. The film crew consisted of a director, producer, sound recorder, shot recorder, production designer and a videographer.  We all felt very professional in our roles and all groups successfully completed their filming. Next week the Cope Street Crew will be back for a final time to help us to edit our films, so they can be premiered at the Horsley Avenue Film Festival on Wednesday 3rd April.

From the Communication Team 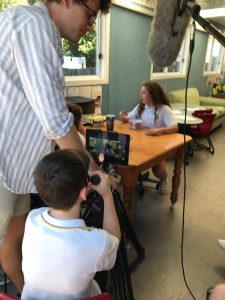 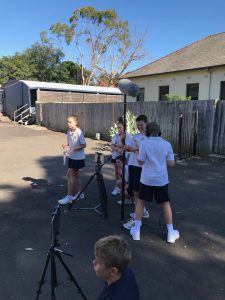